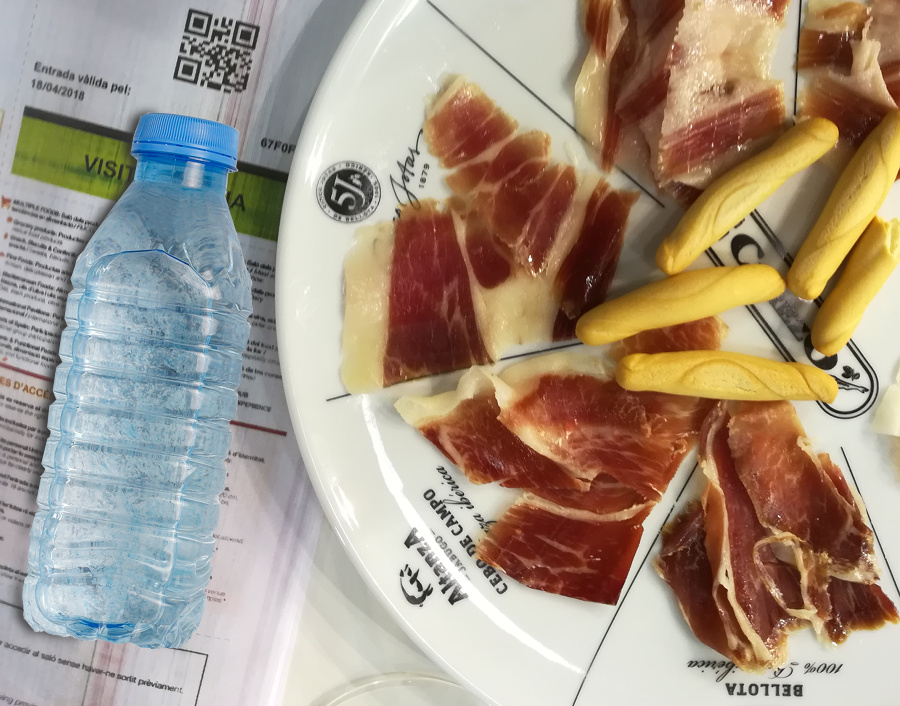 The first result you get when you ask Google how to prevent high blood pressure is “To help manage your blood pressure, you should limit the amount of sodium (salt) that you eat”. Does this mean that we have to cut out ham from our diet once we reach a certain age? The answer depends on the individual (or on the attention you pay to your doctor), but here are a few tricks worth trying before cutting it out for health reasons (hear, hear).

As an adult, ham is a luxury, like chocolate, for example. In other words, it does not provide any essential nutrients or ones that cannot be obtained from other, less salty, foods. It gives us pleasure, which is no small thing, but we can completely do without it. Therefore, the first thing you can do is eat less of it. As discussed in a previous article, experts recommend eating cured ham no more than 2 or 3 times a week.

You can buy sliced ham or shoulder in 100 g packages, which makes it easier to practice portion control than having the whole ham in the kitchen, which seems like it’s telling you, “Come on, cut and serve yourself a little ham, I’m just sitting here”.

You can take what you save by eating less and use it to buy higher-quality ham. Bellota ham has less salt and healthier fat than serrano ham, so you’re killing two birds with one stone.

3. Cut back on salt in other foods

One idea I got from my parents is that on the day they have ham, they add less or no salt to other parts of the meal such as salad, fish, soup, etc. This way, they don’t exceed the recommended amount for that day.

Just like when you have lentils for the first course, you eat something low in protein for the second course, you can choose foods that have less salt and fat. Fortunately, all the packages now list the percentage of sodium per 100 grams.

4. Eat it with foods rich in potassium

This mineral counteracts some of the harmful effects of salt on blood pressure and is present in citrus (oranges), grapes, carrots, potatoes, spinach, etc.

Ham pairs perfectly with drinks such as beer. Beer has a much lower alcohol content than wine, which is what typically accompanies Iberian Jamon Pata Negra.

Tobacco and coffee, besides potentially causing sudden increases in blood pressure, are natural enemies of ham: They overpower its flavor and aroma.

Let ham be the prize for that time spent at the gym or that walk through the park that is slightly longer than usual. Both your arteries and your taste buds will thank you.

On the other hand, the demonization of salt as it relates to hypertension has often been questioned in recent years. It seems that “if you have hypertension, moderate your salt intake” is a very simplistic view and that the reality is much more complex, as explained in detail in this article (in Spanish) and in another article of The Guardian.

In all seriousness, it’s worth taking note of this advice and keep enjoying pata negra ham, which has many benefits for your mind and body. It is a source of happiness and especially during the holidays, a big part of our culture.